‘So long as the law considers all these human beings, with beating hearts and living affections, only as so many things belonging to a master, – so long as the failure, or misfortune, or imprudence, or death of the kindest owner, may cause them any day to exchange a life of kind protection and indulgence for one of hopeless misery and toil, – so long it is impossible to make anything beautiful or desirable in the best-regulated administration of slavery.’

‘Uncle Tom’s Cabin’ by Harriet Beecher Stowe has been on my shelf of unread books for a very, very long time now. Since it is thought of as a Classic that everyone should have read and that allegedly started the American Civil War in the middle of the 19th century, I decided to read it in August as a part of my bimonthly reading of 6 Classics in 2018. As I am currently working on my bachelor thesis, I started at the end of July and just finished it at the end of August. Yep, it took me that long – and that isn’t even the reason why I couldn’t fully enjoy it.

In ‘Uncle Tom’s Cabin’ from 1981, Harriet Beecher Stowe tells a story of slavery in America. It starts off at the estate of Mr. and Mrs. Shelby, who find themselves in a precarious financial situation which leads to them having to sell two of their black helpers to a slave’s trader: old and loyal Uncle Tom and 5-year old Harry, son of handmaid Eliza. With this a struggle for freedom and liberty begins, causing Eliza zo flee with her baby boy (over a half-frozen river and) from one more or less sheltered place to another, and enables the reader to join Uncle Tom on his journey in the hands of a slave trader, into a tender and loving household and from there into the manmade hell of a cotton plantation.

‘Mr. Wilson, you have a country; but what country have I, or any one like me, born of slave mothers? What laws are there for us? We don’t make them, – we don’t consent to them, – we have nothing to do with them; all they do for us is to crush us, and keep us down.’
Harriet Beecher Stowe | Uncle Tom’s Cabin | p. 126

I had a rough start into this book, and the main reason for that was the language the author uses for the black slaves – a kind of slang that was really difficult to get into, even if you have a bit of an experience reading dialogues of characters speaking in broad dialect. It felt disruptive, especially when I didn’t have a clue what the heck they were talking about. Another disruptive aspect was the pace of the story telling, because it varies a great deal – some passages felt a bit rushed at times while other dragged on until I started scamming the pages instead of reading them.

Apart from a few parts within the story, I was so bored of it I grew more and more frustrated with having to finish it at all. So when I couldn’t take it anymore, I switched to the audiobook. Having the reader of the audiobook voice each of the characters did help, but I was still thanking the stars when he reached the last pages. 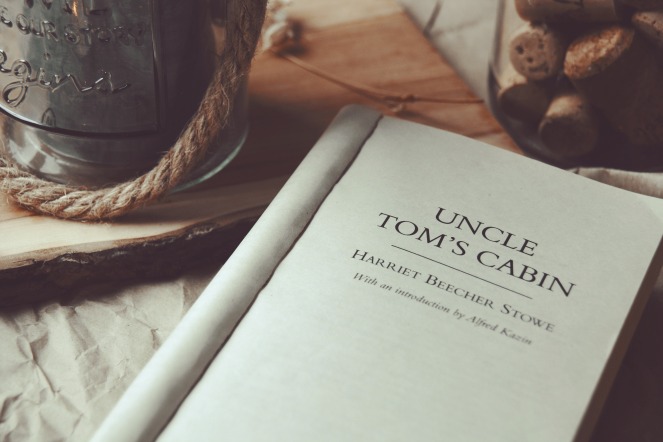 I don’t want to bring my own religious belief into this, but – wow! – this book was packed with verses and whole passages from the bible. Personally, I didn’t particularly like how the author managed to put her own strong religious (Christian) beliefs into the mouths of her pious characters.

There were two characters that prompted strong feelings inside of me: little Evangeline and her mother Marie. While Evangeline, although at most times painted in a rather obvious way as an angelic human being, was lovable and possessed (in contrast to most of the other characters) a sensible and quite modern way of thinking and feeling about other people no matter their skin colour, her mother is pictured as being quite obnoxious, which made me want to shake her a few times during her short appearances during the story:

‘Marie was one of those unfortunately constituted morals, in whose eyes whatever is lost and gone assumes a value which it never had in possession. Whatever she had, she seemed to survey only to pick flaws in it; but, once fairly away, there was no end of her valuation of it.’
Harriet Beecher Stowe | Uncle Tom’s Cabin | p. 342

Also, the melodramatics in this one (which amused me greatly in Dracula), was just a tad too much for me. All this tearing up, all those declamatory and pathetic monologues and pious outbursts, all those hundreds and thousands of times someone mentioned Christianity, piety, heathens and Jesus Christ the Lord, at some point during my reading process made me want to toss the book into a far corner of the room.

Literary-wise, this book wasn’t as enjoyable as I had hoped it would be – although, of course, the message it’s conveying is an important, if not crucial one to our society. I think Mrs. Stowes thoughts are admirable and brave for a woman at that particular time in history, nevertheless I didn’t enjoy this book – and it wasn’t for a lack of trying. When I was finished with the book I was literally screaming both out of joy (because I did it and it was over) and frustration (because it took so much of my time). To be fair, it most certainly didn’t help that while reading I was in a constant state of stress…

‘The magic of the real presence of distress, – the imploring human eye, the frail, trembling human hand, the despairing appeal of helpless agony, – these he had never tried. He had never thought that a fugitive might be a hapless mother, a defenceless child, (…) and so, as our poor senator was not stone or steel, – as he was a man, and a downright noble-hearted one, too, – he was, as everybody must see, in a sad case of patriotism.’
Harriet Beecher Stowe | Uncle Tom’s Cabin | p. 101

All reviewed classics for 2016 in order of their appearance: 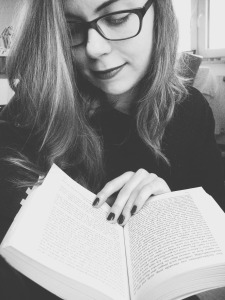 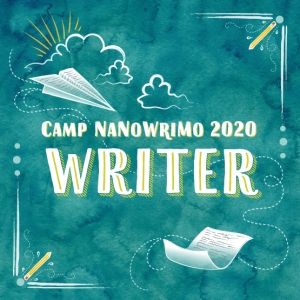 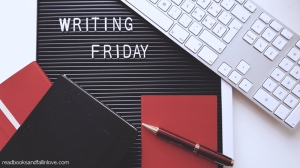