Where was he, her Alexander of once? Was he truly gone? The Alexander of the Summer Garden, of their first Lazarevo days, of the hat in his hands, white-toothed, peaceful, laughing, languid, stunning Alexander, had he been left far behind?
Well, Tatiana supposed that was only right.
For Alexander believed his Tatiana of once was gone, too. The swimming child Tatiana of the Luga, of the Neva, of the River Kama.
Perhaps on the surface they were still in their twenties, but their hearts were old.
(p. 89)

I have to be honest, but when I finished “Tatiana and Alexander”, my thoughts were: ‘It can only get better with the third one’ – and indeed (and thank goodness) it did. I loved how this trilogy came to an end, with all the heartbreak and heartache and mistrust and drama and love, lots and lots of love. I must say I quite liked the flashbacks which offered a glimpse of how Tatianas childhood ended that one summer at Lake Ilmen. Everything we hear in those flashbacks is a further explanation of Tatianas self, of her motivations, of her emotions and how she copes with everything life has in store for her. This book had everything I wished for: It did not continue with the happy American lifestyle of the Barringtons after Tatiana and Alexander were allowed U.S. citizenship – it certainly did not. And that is exactly what I loved. It showed how both were not able to communicate with each other, how Alexander is overwhelmed with suddenly having a son, a wife, a job, a life, where before he could only dream of having all this to himself. But of course, it is heavily clouded by war, by the things he has seen, the things he did and the things that were done to him: It has all become tainted with the Gulag, and he simply can’t cope. All the while Tatiana suffers herself, but still never leaving his side, burdening herself with his grief and sorrow. The third and last book of the “The Bronze Horseman”-Series is intense, and it walks the reader through the years. We see them in good times and in bad ones, struggling and fighting and loving and hurting and in the end, we get an outlook on what they have created, and what will last beyond both Tatiana and Alexander. The intensity of how war changes a person in utmost shocking and disturbing ways is made palpable in both of the main characters, although Alexander tends to leash out the most.

I am still stunned by the depiction of the characters. Alexander, although infuriating most of the time, is a character who does not evolve very much. His insight into human nature proves to be very scarce, misjudging people like Dimitri in the first book, Ouspensky in the second one and misjudging the Balkmans in the third one. I really liked that Tania did in fact evolve, although she did so very slowly – but I guess that is a matter of the time she is placed within. Post-war America does not seem to be a good place to upset your husband by working and earning your own money and not being able to have any more kids than the one you already gave birth to under excruciating circumstances. Also it was about time that Tatiana started to fight back when she had had enough and even demands from her husband to leave their home after his affair with another woman. The things that happened throughout the book made me wince and cry because it seemed so unfair that after all they had been through, there still was no end to their grief. But having arrived at the end of the book, I realized that our life is scarcely about what is ‘fair’ in life. There are certain things in each and every single one of our individual lives, and whether one deems this as ‘unfair’ or not, it still remains what it is: our life. We sometimes wander through life thinking it has to be all roses and butterflies, and are shocked when something destroys this notion. I think this is what this book meant to me most: that no matter what you go through in life, no matter how you are forced to your knees, you can fight through it. You can make your life livable, you are worth being saved and loved. And: You can’t change the past, and that is okay. An excellent book, a wonderful conclusion to this really moving series.

“We spent our days afraid it was too good to be true, Tatiana,” said Alexander. “We were always afraid all we had was a borrowed five minutes from now.” Her hands went on his face. “That’s all any of us ever has, my love,” she said. “And it all flies by.”
“Yes,” he said, looking at her, at the desert, covered coral and yellow with golden eye and globe mallow. “But what a five minutes it’s been.” 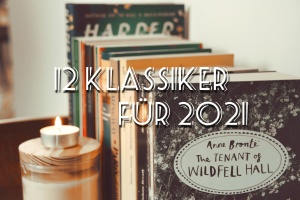 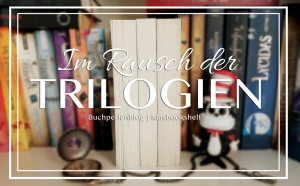